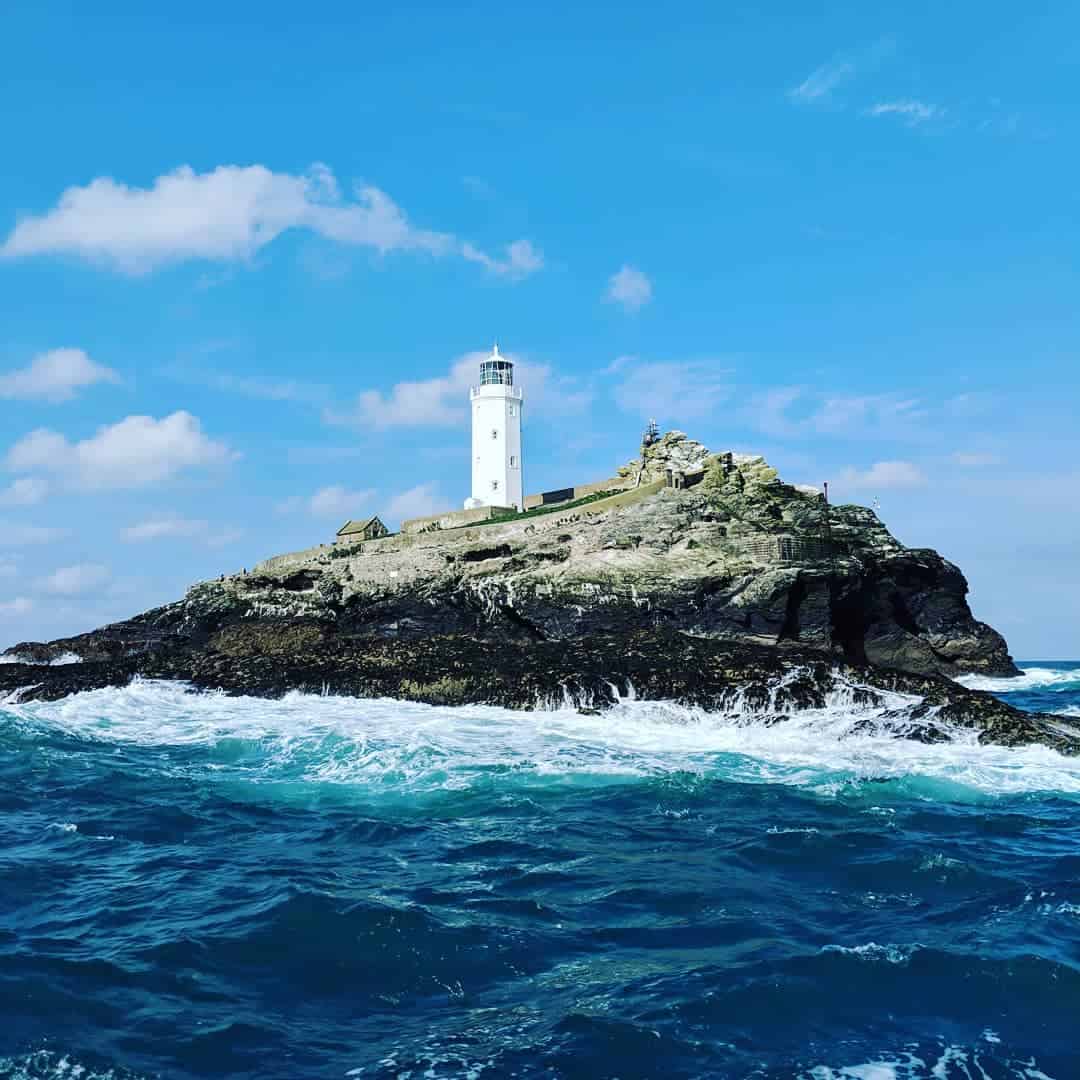 Godrevy Lighthouse in St Ives bay was built in the late 1850s to warn sailors of the presence of Stones Reef, the lighthouse is one of the bays most famous landmarks and is visible for many miles around.  It’s possible one of Cornwall’s most famous lighthouses.

Why Godrevy Lighthouse was Built

In late November of 1854 the SS Nile, a steamship bound for St Ives was lost on the reef with around 40 passengers and crew. This wreck, one of many, claiming countless lives on the reef for hundreds of years prompted St Ives Mariner Richard Short to write to the Shipping and Mercantile Gazette and say “Had there been a light on Godrevy Island, which the inhabitants of this town have often applied for, it would no doubt have been the means of warning the ill-fated ship of the dangerous rocks she was approaching.

Many applications have been made from time to time concerning the erection of a light to warn mariners against this dangerous reef, but it has never been attended to, and to that account may be attributed the destruction of hundreds of lives and a mass of property … Scarcely a month passes by in the winter season without some vessel striking on these rocks, and hundreds of poor fellows have perished there in dark dreary nights without one being left to tell the tale.”

Further wreckings occurred and in 1856 a plan was made to begin construction, commencing in late 1857. 15 months and around £7,000 later the light was operating to warn mariners of the danger.

Standing almost 90 feet high, there were adjoining keepers cottages (now demolished) as the lighthouse was manned until 1939. In 1995 solar power was installed and in 2012 the old lighthouse was replaced with a modern steel structure carrying two high power LEDs shining out to sea with an 8-mile range. Now classed as a day mark the old lighthouse is still maintained by Trinity House and stands proudly over our fine bay.

A colony of Atlantic Gray seals and a variety of seabirds are now the islands only inhabitants and are usually seen on our spectacular cruise around the lighthouse.

Book a boat trip to the Lighthouse today.

Don’t miss out on your chance to see Godrevy Lighthouse for yourself, book your boat trip today!

We use cookies to ensure that we give you the best experience on our website. If you continue to use this site we will assume that you are happy with it.OkNoPrivacy policy